Private Credit Investors - Wake Up and Smell the Late Penalty! 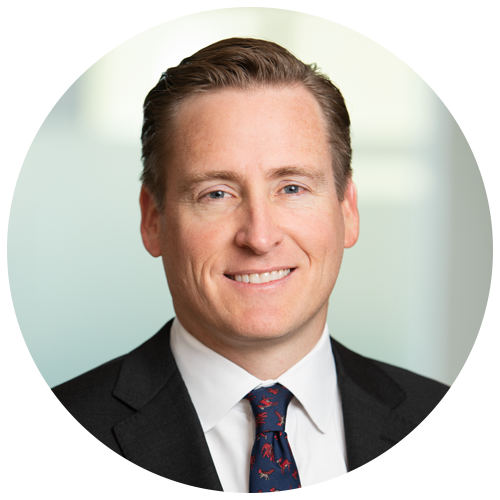 The Rise of a New Asset Class

Since the Great Financial Crisis, the low yield environment, as well as certain regulatory changes, have given rise to a previously lesser-known alternative asset class known as “private credit”.  Private credit funds target ownership in debt and debt-like instruments across various segments (corporate, consumer, real estate, litigation, life settlements, royalties, etc.) with the goal of generating high yields, mostly in the form of ordinary income, for their investors.

As this asset class rose to popularity rather quickly, it seems to have caught the outside service provider world largely unprepared, having a lack of experience on how to manage, account, and administer this new asset class.  As a result, most service providers advising private credit managers defaulted to their knowledge of private equity fund formation and administration, resulting in many of these funds being structured like traditional private equity funds.

Squeezing a Round Peg Into a Square hole

The “private equity” or “PE” fund structure is a fund structure that is “closed-end”, meaning it has a set lifespan (4-10 years) during which time the investors’ capital is illiquid. Unlike hedge funds, the returns are calculated in the form of a fund IRR from the date of the fund’s first close (first capital call) until all the fund’s assets have paid-off (or been sold) and the P&L of the life of the fund has been closed-out.  On the surface, this structure seems to make sense because private credit managers, like private equity managers, invest in illiquid assets with the hope of generating a higher return.  However, unlike private credit funds which typically recognizes all its gain from income producing assets over each year, private equity funds recognize most of their gains through capital appreciation events in the later years of the fund life.  The significance of this key difference is surprisingly underestimated by most investors and service providers, which has led to structural cracks with many private credit funds.

Perhaps the largest oversight is the application of traditional private equity accounting methods and late penalties with late investors.  Most private credit funds continue to raise capital from investors after the first close.  According to private equity accounting, each late investor is to be treated as though they were invested in the fund since inception.  As a result, each late investor participates in all profits, losses, income, and expenses since the creation of the fund.  In addition, late investors typically pay their share of asset management fees with late payment penalties as though they were invested in the fund from day one.  Consequently, the entire P&L of the fund, and every investor’s capital position, needs to be rebalanced with each subsequent close.

Because late investors have the benefit of previewing the investments and initial fund track record, they are also required to pay a late penalty that goes to the early investors.  However, late (and early) investors are typically not too concerned because typical private equity funds have not recognized any gains at this point and values of existing assets are relatively uncertain early in the fund life.  In contrast, private credit funds generally have recognized “gains” early on in the form of quarterly income distributions; and, because credit is often a stated receivable, there is a better understanding of current value.  As a result, assuming a PE-style private credit fund has been generating net positive returns, late investors would earn risk-free income on their investment for the period between fund inception and their commitment.  This creates a tremendous boost to late investors’ returns when calculating investor IRRs over a fund life.  The IRR boost is entirely at the expense of early investors which had to forfeit early returns to late investors.  PE-structures attempt to offset this inequality by identifying a late penalty percentage fee.  The penalty is normally a percentage that is based on the investor’s preferred return; however, it is highly arbitrary because it is almost impossible to select a percentage that will provide equitable results under varying return scenarios.  As a result, the percentage penalty can act like a double-sided knife with investors, sometimes unintentionally favoring the late investors with higher returns, or sometimes over penalizing late investors, making fundraising futile.

A Double-Sided Knife Cuts Both Ways

Many sophisticated private credit managers have pushed back on service providers to accommodate a new type of fund, known as a “hybrid fund”.  The hybrid fund combines the illiquidity and capital draw-down structures common to private equity, with the “no-participation-in-previous-performance” aspects of hedge funds to deliver return structures that always work for all investors.  To accommodate late investors, these funds have a penalty that is equivalent to the lump sum of previous distributions (income and expenses) plus a late percentage.  The lump sum of previous distributions effectively eliminates participation in the fund P&L prior to investment.  The flat fee can then serve as a reasonable penalty for experiencing the privilege of being able to analyze the fund track record and assets prior to investment.  While this hybrid structure is relatively simple in practice, institutional service providers (fund administrators, lawyers, consultants, and accountants), who have made a living on boiler-plate structures that condemn structural creativity, are not surprisingly slow to adapt.

As a result, there are countless private credit funds that are structured as private equity funds with penalty provisions that are unintentionally benefitting late investors.  Be sure that you are not an early investor in these funds, as your yields will subsidize the returns of later investors.  If you are attracted to a private credit fund, but it is structured with standard private equity late investor provisions, you might be able to pick up several percentage points on your IRR, by simply waiting to invest until the last close.  However, you should be aware that these funds lack sophisticated “private credit” managers and service providers which might impact fund performance in other areas.  Ultimately, investors should seek managers that are able to offer private credit vehicles structured as hybrid funds that are adequately rewarding/penalizing investors according to when they invested.

As Co-Founder and Chief Executive Officer, John “Boots” Dunlap oversees credit investment and consulting initiatives for RRA and its clients and investors. Formerly Chief Investment Officer and Managing Director, Boots was also an Airborne Ranger Infantry Captain with the US Army’s elite 10th Mountain Division in Afghanistan and Iraq.