Closing a CRE Loan: Top 5 Pitfalls for a Borrower to Avoid 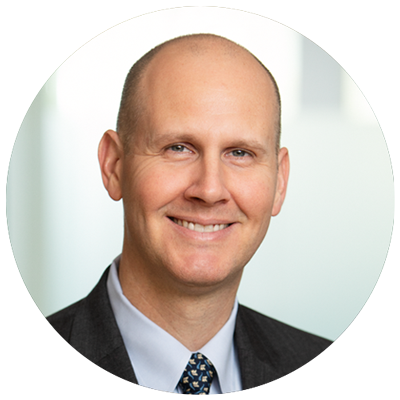 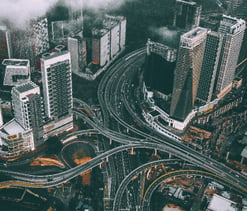 In the bridge lending universe, the ability to close a loan expeditiously is paramount.  Some borrowers are seeking what we term “delayed acquisition financing”, where they have already purchased a property (usually cash) and now want to place debt on the property to free up capital for other projects.  These borrowers generally have no time requirement and very little incentive to close quickly.  Conversely, other borrowers have a hard impending close on a purchase, the previous lender may have fallen out, and they have two weeks (or less!) to secure financing or they lose the property, and potentially a large deposit to boot.  Other situations that require a fast close are a 1031 exchange or if the property was won at auction and the auction contract requires a fast transaction.  Whatever the situation, a bridge lender’s capacity to close fast can mean the difference between getting the business or losing it to a firm that can get it done.  So in addition to a fast close being important to the borrower, it’s also important to us.

As a lender that recognizes how important this ability is to our borrowers, we have strategies to make sure that we are providing the borrower with all of the tools they need to close on time.  This includes scheduling 3rd party inspections immediately (and paying the extra for the expedited turnaround), scheduling a “kick off call” with the lender, borrower, and respective counsels, delivering a detailed list of required due diligence items on day-one, and responding to all items that borrower delivers as soon as possible (while still maintaining the required level of compliance with closing policies).

Despite the fact that we provide our borrowers what they need to close on time, some borrowers choose not to utilize those tools – we’re all adults and that’s their prerogative.  However, for those that are concerned with hitting the target, here are what we find to be the most common roadblocks to a speedy closing.

Our legal counsel will deliver draft loan docs to borrowers within two to three days of the kickoff call.  There are three doc-related issues that we repeatedly see that hold borrowers up.  First, failing to get comments/edits back to us quickly.  For example, if we are in a tight-timeframe 1031 exchange closing and the borrower received their draft docs two weeks ago, yet we haven’t seen comments, with one week left to close.  Second, not restricting comments to ‘needs’ rather than ‘wants’ (unless you have three months to negotiate, there generally isn’t time to hash out the picky stuff).  Third, returning docs edited in any other manner than using Microsoft Word’s “Track Changes” function to create a blackline.  We’ve gotten scans of pages with chicken-scratch edits that have been scanned and sent back, a list of edits in the body of an email, or docs edited and returned but not tracked.  All of these will slow the lender’s response time.  And, I’ll add, the closer the lender is to the closing date, the more likely the lender will respond to edits with ‘pencils down’. 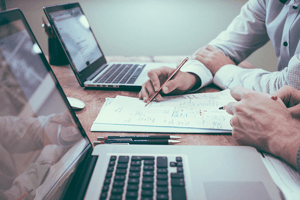 It is best that you don’t procrastinate on editing and returning the docs or be heavy-handed on your edits, and please make your edits in the docs themselves using the Track Changes function.

Frequently tenants are, by the language in their leases, required to provide estoppels and SNDAs (Subordination, Non-Disturbance & Attornment).  These agreements are essential so that a lender may protect themselves by verifying that the tenants’ rights are subordinate to the lender’s rights.  Some borrowers argue that the lease itself contains subordination language and so the SNDA is unnecessary and a burdensome requirement.  The fact is, the SNDA contains protections other than subordination (such as indemnifications and attornment, which is the idea that the lease relationship transfers to lender if lender takes back the property).  Additionally, there are protections for the tenant.  Finally, anything redundant about the SNDA provides an added layer of protection and comfort for the lender that, in the case of major tenants especially, is considered to be mandatory by a responsible lender.

The issue with the SNDA is that it is a lengthier and more complex contractual document than an estoppel and contains language that some tenants may find intimidating or confusing.  There may occasionally be a negotiation between tenant (or tenant’s counsel) and lender’s counsel about the language in the document, and sometimes circumstances prevent a tenant from being available to sign (such as a tenant’s month-long trip to Europe.  That happened).  If the tenant is a national firm, such as an international sandwich chain, the SNDA must be sent to corporate, reviewed by counsel, and sent to the appropriate authority for signature – these tend to be exceptionally long processes.  All of which is to say, SNDAs can take a very long time to execute and if the tenant is considered a mandatory participant by the lender, this can be a big speedbump to a timely closing.

Every loan that we close requires that a Deposit Account Control Agreement (DACA) be executed with the bank that holds the borrower’s operating account.  This is a relatively simple document that allows the lender to take control of the operating account in the event the borrower defaults.  Generally, this document will also contain indemnities for both the bank and the lender – the bank may argue aggressively for their (and against lenders) indemnifications, they may have a particular format that they’re married to, and some banks just refuse to execute one of these.  Frequently, it requires some hunting by the borrower to find the appropriate person at their bank who understands what the document is, and how the bank may handle it.  Each of these challenges are compounded by the fact that the bank doesn’t have an incentive to get the document finalized and executed on the borrower’s timeline.  We learned early on to emphasize on the kick-off call that DACAs need to be in-process immediately. Otherwise, it may delay closing, or we may need to make the execution of such a post-closing item with a default if it doesn’t get completed in a relatively short, specific timeframe.  No borrower wants to risk default for something that is partially out of their hands, and we as the lender don’t want to close without having the document in place.

The DACA is the single 3rd party contract of which execution is a requirement of our closing process.  Other lenders may have other 3rd party contracts that are required and have similar challenges.  If these are not made a priority from day-one, getting them finalized and executed by closing can be a major hurdle.

These always consist of at least a) an Appraisal, b) a Phase I Environmental Assessment (ESA), and c) a Property Condition Assessment (PCA, or PCR for “Report”).  If the collateral is in certain geographic areas, we may also require a Seismic Survey (“PML” for Probable Maximum Loss) or a Geotech survey (usually if the area is prone to sinkholes or landslides).  Occasionally if there is an environmental condition called out in the ESA we may require a Phase II ESA, which is a more intensive investigation.  If the PCA reveals unexpected issues, such as a roof replacement that the borrower was not anticipating in their business plan, lenders may require an expert analysis on that particular item so that we may fully understand the associated risk.  All of these assessments and reports require lead-time.  Usually, in the case of a 30-day-or-shorter closing, we will contract for expedited service.  Nonetheless, if any of the reports reveal any unexpected risks, follow-up can stretch the timeframe well beyond the initial anticipated date of completion.  When we begin the closing process, we initiate the third party reports the day of the kickoff call.  It is up to the borrower to provide the engineers/appraisers/other vendors with the information they request, facilitate site inspections, and answer follow-up questions in a timely manner.  The only times these third-party reports have become an issue is when the borrower has failed to respond timely to the information requests by the vendors.  It is imperative that borrowers are proactive about this, because if the report does reveal an issue, there will likely be very little time left to resolve it.

5.  Availability on the Day of Closing 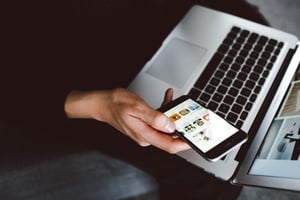 On a recent loan, we heard that the DACA, which was approved by all parties including the bank, would not be signed by the bank until three days after closing, as the individual at the bank who was authorized to sign was out of the office and unavailable.  This information was provided to us the day of closing.  The bank had previously told the borrower they would execute the DACA the day of closing, so no one was prepared for this.  We had a post-closing agreement drafted and agreed upon by the borrower’s and lender’s counsels, but the principal for the borrower was out of town, having executed all the other docs the day prior.  He was on a road-trip, but was able to pull over at a Starbucks, pull up the document on his laptop, and execute using DocuSign with minutes to spare before the wire cutoff.  Had he not been monitoring the closing emails on his phone, he wouldn’t have been aware of the situation, and lender would not have approved escrow to close the loan.  A much better situation would have been to not leave any items until the last day, thus preventing the scramble to meet the wire-cutoff times and potentially missing the opportunity to close on the targeted day.

Most of the loans that have missed the targeted closing date have been due to borrowers failing to provide the requested/required items to lender in a timely fashion.  This is why we now require all required items to be completed the day prior to closing, however, invariably some items spill over into the day of closing.  It is imperative that those items that are being wrapped up the day of closing be completed *immediately*, otherwise wires might not arrive in time and escrow may push to the next day.

And there you have it.  Most of these issues can be avoided by being proactive, engaged, and timely in execution.  We as the lender are able to move as quickly as our borrowers.  When a borrower is organized, efficient, and proactive, the closing process is smooth as silk. Bear the above five items in mind during your next closing to avoid the stress and heartburn that accompany a frantic scramble at the end.

Charles Lucking is the Chief Legal Officer and Chief Compliance Officer at RRA Companies. Charles has 20 years of experience in law, real estate, business development, entrepreneurship, economic development, and international development. With RRA, Charles has closed $300M in commercial mortgage bridge loans and has brought resolution to clients in receiverships and other litigation support in both federal and state courts, and across 29 states. Charles served in the United States Peace Corps, and earned his law degree from ASU Sandra Day O’Connor College of Law.