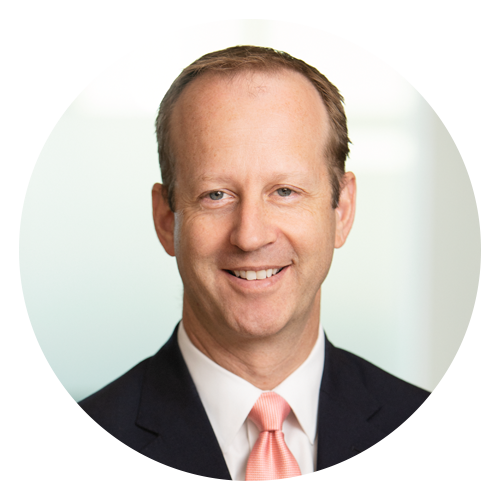 “Learn from the mistakes of others.  You can’t live long enough to make them all yourself.”

Having spent my entire career in commercial real estate (CRE), I have made more than my share of mistakes and witnessed countless others.  There are literally thousands of decisions made in any commercial real estate transaction.  Many of them are so small they are virtually unrecognizable.  Early in my career, I was introduced to a very simple chart that I have grown to rely upon when making capital allocation decisions.  It very simply shows that as time elapses, your ability to influence the outcome diminishes, and the cost to influence that outcome grows. 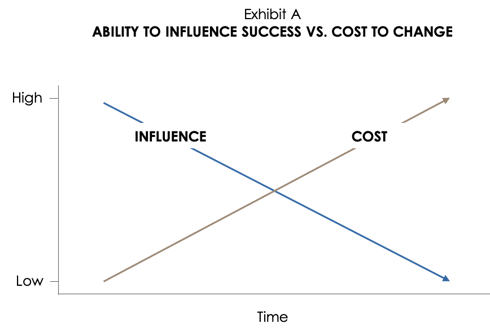 In simple terms, a dollar spent early in the process has a much greater influence on an outcome than a dollar spent later in the process.  I’ve seen this simple truth repeatedly played out in my career.  Not enough invested up front can be the difference between profit and loss.  This concept leads us to the first mistake CRE sponsors[1] make: undercapitalizing the business plan.

Even if you’ve never invested in commercial real estate, many of us have purchased a house or vehicle, allowing our budget to cover things like loan payments, insurance, property tax, vehicle registration, etc.  However, inevitably the HOA levies a special assessment or your vehicle’s check engine light comes on.  Most of us do not account for these potential occurrences.  This is not too dissimilar from commercial real estate sponsors who stretch their budgets to cover all known eventualities.  But it’s the unknowns that usually derail business plans.  When that occurs, trying to find capital when you’re in a desperate position will most likely be much more expensive than if you’d made accommodations at the beginning.  Refer to Exhibit A.  Paying for excess capital may shave a little from your upside but can protect your downside from a more severe impact in the event things don’t go as planned.

Not unlike the mistake of undercapitalizing an investment, underestimating time to complete the business plan is a common mistake real estate sponsors make.  This is akin to expecting the best and planning for something near-the-best.  Most real estate business plans I have experienced have not met their initial timetables for a wide variety of reasons.  When an investment strategy runs longer than anticipated, the project will become undercapitalized in order to accommodate the additional carrying costs.  For example, interest reserves built into the mortgage require replenishing after an extended period.  Operating costs that aren’t covered by rents as originally predicated or additional tenant concessions that are required to increase occupancy delay revenue generation.   After putting all that time and energy into finding, underwriting, capitalizing, delivering, and leasing a real estate investment, the last thing you want is to finish on a sour note by not properly planning for the additional time it could take.

All real estate investors have been confronted with very difficult investment decisions at every stage of the process.  Decisions such as entitlements, capital investments, design, leasing, and management.  If I make those improvements, will it translate into higher rents?  Should I market the space myself or hire an outside leasing team?   Will higher design costs translate into increased marketability?  Should I engage a debt/equity broker to capitalize my investment or should I manage that process internally?  Every one of these choices comes down to a return on investment and whether it’s accretive to the business plan.   We often see real estate sponsors who choose the less costly of the two options at their peril.  We’ve all been the victim of trying to save money (often with good intentions) at the expense of the outcome of the project.  With many of these decisions, we eventually reverse course or regret them later in the process.   For example, a sponsor might try to save money by attempting to list a property for sale or lease themselves.  However, after critical time has passed they eventually engage a broker.  Or after hiring a contractor who provided the lowest quote, the sponsor later realizes that the contractor can’t perform because they underbid the project.  We’ve all jumped at these because we believed it would result in greater returns for ourselves and our investors.  The stories are plentiful.  The more difficult decisions are spending more for what might be considered an equivalent service.   I again refer you to Exhibit A.  Experienced professionals early in the process can be well worth the additional investment.  For example, I’m reminded of a broker willing to charge under-market rates because of their desire to expand their practice from leasing to investment sales.  The result was many months of poor activity and excuses.  When an investment sales broker was finally engaged at a market rate, the activity picked up and a transaction occurred shortly thereafter.  Shortcuts are rarely worth it in this business.

Mistake #4: Underestimating the Importance of your Debt and Equity Relationships

I’ve heard it said many times that money is a commodity business.  It has the same value no matter the source.  This is one of the other most common mistakes I’ve seen played out to the detriment of the real estate sponsor.  Capital sources are highly variable, and each has their own unique characteristics.  Regulated vs non-regulated, securitized vs non-securitized, public vs private, and the list goes on and on.  One of the most dramatic examples of that distinction is the CMBS (commercial mortgage backed securities) epidemic which played out during the financial crisis of 2007-2008.  Those real estate sponsors that were on the borrowing side of these securitized loans quickly understood the difference between dealing with a servicer hired by a trustee of the trust that owns your loan and a balance sheet lender that originated (and still holds) your loan.  Some borrowers would likely have made the decision to pay a slightly higher interest rate for a higher degree of accessibility and flexibility with the benefit of hindsight.  Similarly, partnering with a slightly more expensive equity partner can have added benefits in the long term.  For example, the equity partner may have a greater depth of experience to share, ability to capitalize future deals, and extensive strategic relationships in the industry.  All of these differentiators could have a greater impact on your success as opposed to going with the most cost-effective option, especially for less experienced sponsors.

Mistake #5: Attempting to Thread the Needle

The last mistake - which you’d be surprised how many times this arises, especially in a late cycle environment - is that victory can only be achieved through the narrowest of margins.  Meaning that everything must go right for the investment to succeed.  Costs must come in on budget, schedule must come in on time, lease rates must hit the market highs, absorption must hit a tight schedule and cap rates must hit market lows.  There are a lot of “musts” in that scenario and we are all familiar with the laws of the universe.  A good business plan has multiple scenarios for success.  For example:

Too frequently, money can be impatient and successful outcomes are modeled to achieve those narrow targets to justify the investment.  Additionally, it’s not just a loss of profitability that can occur. Loss of profitability can put the real estate sponsor in an untenable situation which usually results in cutting corners.  These are situations that can be avoided if the business plan can better absorb unfavorable changes.

Avoiding these common mistakes can give a real estate sponsor a higher chance of success.  These are all deceptively obvious and can occur almost undetected.  Be vigilant, be thoughtful, and you should be able to achieve success with your commercial real estate investments.

[1] A sponsor is an individual or company in charge of finding, acquiring, and managing the real estate property on behalf of the partnership.

As Co-Founder and Chief Operating Officer, Marc brings over 20 years of development, management and investment experience across over 5 million square feet from companies like Neenan Company, Ryan Companies US, and Vestar. Marc holds an MBA from Arizona State University and is member of multiple industry boards.